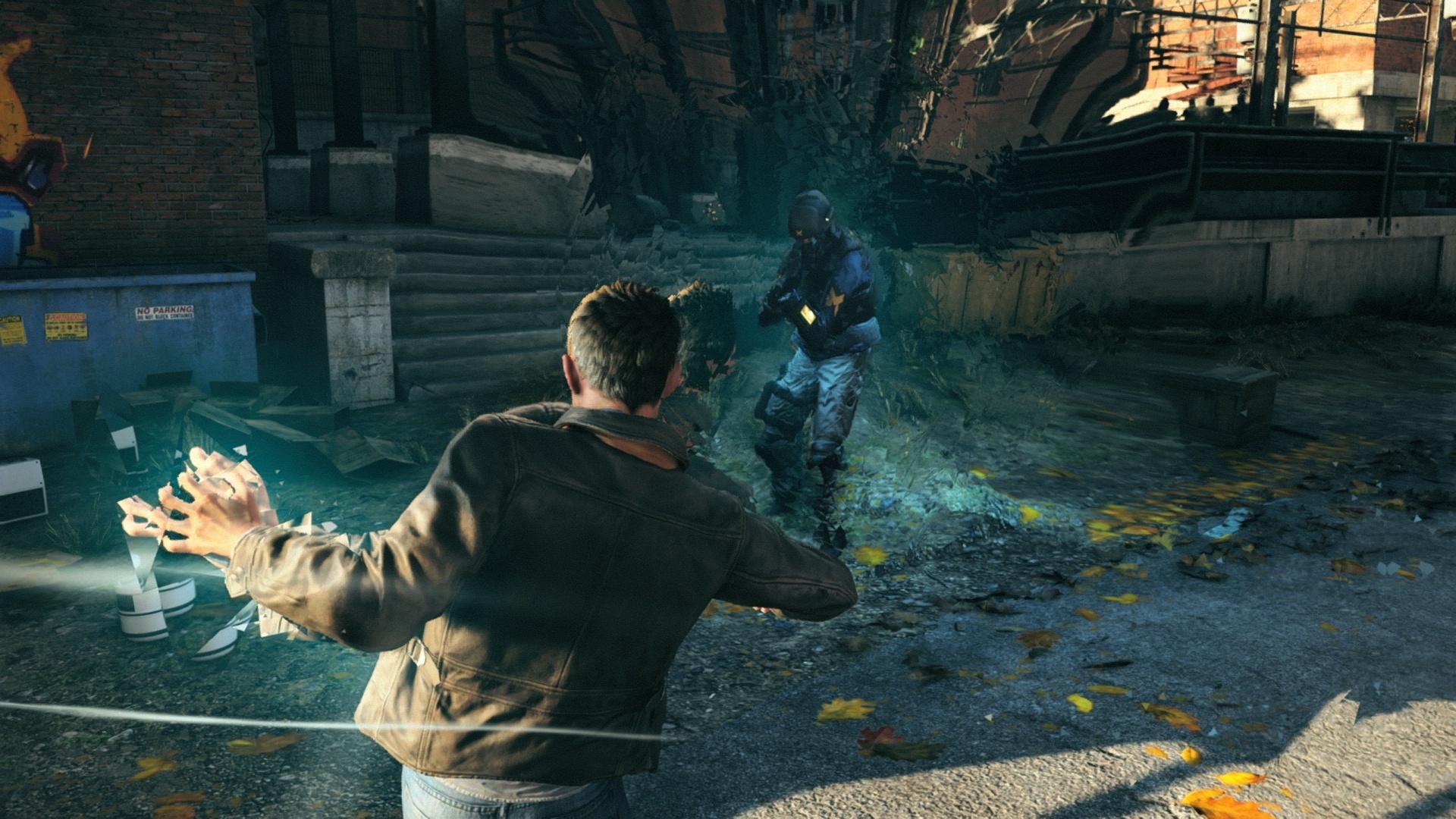 Over this past week, Xbox fans and otherwise have been shouting through their keyboards at the recent Windows 10 announcement for Quantum Break. Somehow, a seemingly trivial announcement, got turned into a huge debacle. It’s par for the course these days for Xbox.

In case you missed it: Remedy and Microsoft announced that Quantum Break will be releasing April 5th on both Xbox One and Windows 10. As an added bonus, those that pre-order digitally on Xbox One will receive a free Windows 10 copy of the game. Not to mention the Xbox One version also comes with Alan Wake (and both DLC’s) free as a backwards compatible download.

So where does all the backlash stem from? An insane asylum most likely. But seriously, somehow this is a bad thing. I’d argue the cross-buy feature isn’t necessarily a positive, but it’s far from a negative. The reoccurring theme behind the backlash seems to be the so called “distrust” on Microsoft’s end for claiming Quantum Break as an Xbox One exclusive. It’s utterly absurd.

Specifics aside, who even cares? If you’re an Xbox One owner you get to play Quantum Break. If you’re a Windows 10 owner, you get to play Quantum Break. And if the game ends up being good it will sell more copies which will aid in the possibility of a sequel. The fact is PS4 has a much larger player base than the Xbox One. If Microsoft is able to leverage a larger PC community, along with the Xbox One community, that could lead to more exclusive deals in the future. Imagine Microsoft and Sony negotiating with Ubisoft over the exclusivity of a new IP. Currently, Sony can boast their larger user base and Microsoft wouldn’t have anything to counter. But if Microsoft was able to boast the combined communities of the Xbox One and Windows 10, they just might have a shot.

As games get more expensive, companies are becoming less willing to gamble on new IP’s. And those that do make new IP’s do so in the least risky way possible. Making these new IP’s exclusive is an even more daunting challenge because you are now cutting off what could have been potential sales on other platforms. I wonder how many copies Sunset Overdrive would have sold if it launched on PS4, PS3, Xbox 360, and PC? Maybe we would be hearing about a sequel right about now.

The argument against this decision by Microsoft is mind boggling. It does nothing but help Xbox One and Windows 10 owners. At the very least it doesn’t hurt anyone. But alas this is the price we pay for war. All wars produce casualties. This war seems to have claimed the common sense of a loud minority of gamers.

4 thoughts on “On Quantum Break and Windows 10”