Thanks to the rising cost of game development and the insurgence of indie games, B-Tier shooters have become a relic of the past. What could almost be considered its own genre in the 7th generation of consoles, B-Tier shooters filled the void between ‘AAA’ releases. A few of those made a name for themselves with unique gameplay, intriguing stories, and fun multiplayer. Here are 12 Awesome B-Tier Shooters from the 7th generation! 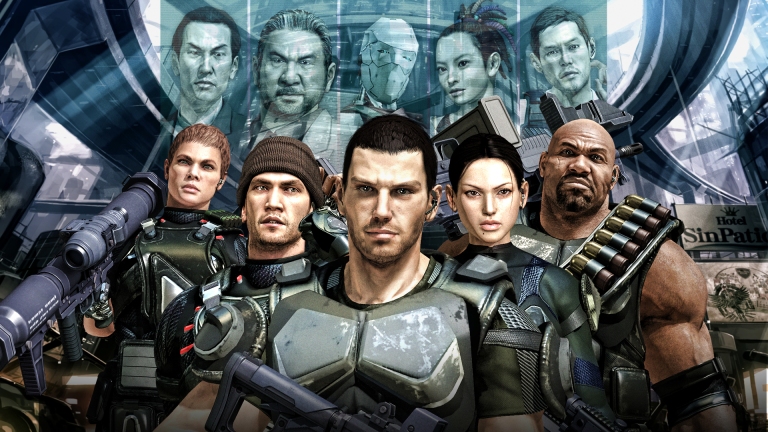 One of the very best in the genre of B-Tier shooters. Binary domain combined an interesting, squad-based campaign with a fun and difficult horde mode. The campaign featured squad commands and a unique trust system between your comrades. Your dialog choices and actions actually made a difference in the way your teammates behaved and the outcome of the story! The horde mode followed the typical Gears of War blueprint, but with the added spike in difficulty. Completing waves 1-50 without any extra lives or checkpoints is a real task. The multiplayer wasn’t the best, but did not overshadow all this game had to offer. 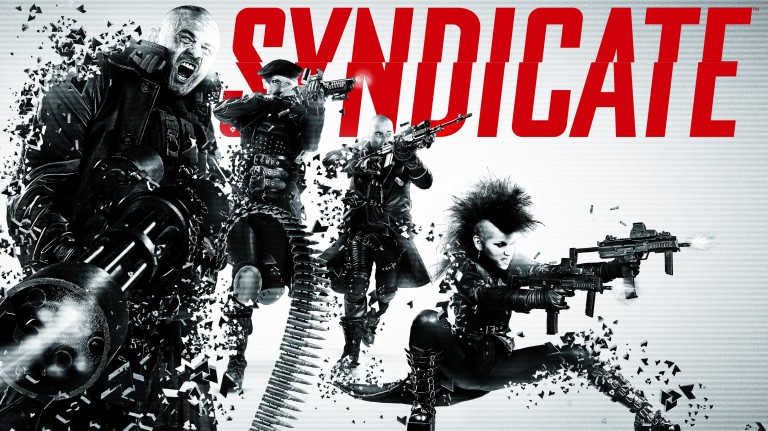 A reboot of the real-time tactical shooter of the same name, Syndicate caught my attention with its updated visuals, four-player co-op, and dubstep enhanced soundtrack. The graphics along with the emphasis on AR were reminiscent of Deus Ex. There was even a small emphasis on exploring areas, although at a much smaller scale in comparison. The core of the gameplay focused on smooth gunplay and breach abilities. The breach abilities allowed you to hack into various objects and even enemies in the game. The co-op mode was also a blast! Four players, all with the ability to heal each other from a distance using breach, battling it out in nine missions. Setting this to the hardest difficult made for a memorable time. Syndicate was easily one of the most overlooked game of its time. 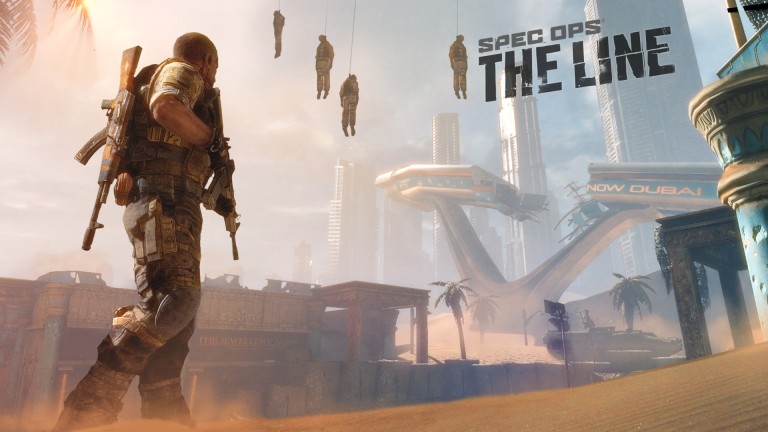 In contrast to Syndicate, Spec Ops: The Line was not overlooked in the slightest. Receiving high praise from various media outlets, Spec Ops: The Line was a standout singleplayer experience. A typical third-person shooter in terms of gameplay, but the environment and story are what really make this title shine. Set in a post-catastrophe Dubai, the setting was a unique blend of a modern city and a war torn Iraq. The story is as deep, dark, and compelling as any I have ever played. Coming from a B-Tier shooter, that’s saying something.

The last entry to what used to stand next to Battlefield and Call of Duty as the top military shooters, Medal of Honor: Warfighter was an enjoyable last hurrah. Overall the game was a critical and commercial failure, leading to EA pulling the series. Being developed by EA, and taking the place of the annual Battlefield release, the campaign unsurprisingly felt like a clone of Battlefield 3. What stood out for me, however, was the multiplayer. Coming off the 2012 reboot, the multiplayer remained a unique blend of Battlefield’s chaotic gameplay with Call of Duty sized maps. The six different class to choose from (Spec Ops, Sniper, Assaulter, Demolitions, Heavy Gunner, and Point Man) all had unique bonuses and abilities that added to the gameplay. If you hate the size of Battlefields maps, and the style of Call of Duty, Warfighter just may have been the game for you.

Fuse was one of those games that was simply made for co-op play. With four characters, each with there own special weapon, the game was a blast to play with three other friends. The alien tech “fuse” weapons were the Magshield which produced a mobile shield that absorbed bullets, the Shattergun which lifted and crystallized enemies, the Arcshot which fired bolts that emitted fire, and the Warp Rifle which created violent singularities. The story wasn’t memorable, but the unique weapons and fun co-op experiences trumped it all. 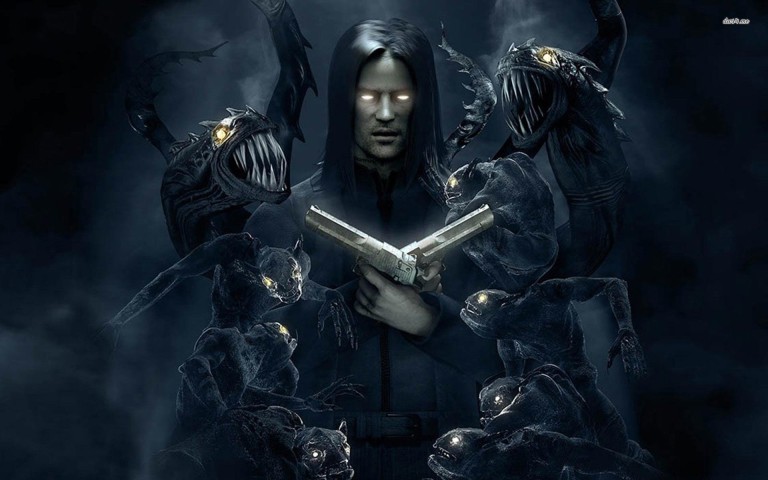 The Darkness was a sleeper hit that came out of nowhere. The game featured a hitman named Jackie that gains the power of “the darkness”. With these new powers, he’s able to summon darklings, use tentacles to impale and destroy objects, and much more. The gameplay was a unique mixture of shooting and darkness powers, while the setting combines open-world and linear elements. The random quests and characters in the world combined with the unique gameplay made The Darkness awesome. Too bad the sequel couldn’t live up to the original.

Based on the popular tabletop franchise, Space Marine combines third-person shooting and melee combat all in a Roman/space/orc setting… Yeah.  The real star here was the Chaos Invasion mode, a horde mode added in the Chaos Unleashed DLC. With only 21 waves, the focus was on difficulty over quantity. Completing the final area, and especially the final few waves, was one of the most challenging co-op feats I’ve ever done. You thought Gears of War horde mode was hard? You never played Warhammer.

Bulletstorm should have won an award for most ridiculous shooter ever. The games main protagonist, Grayson Hunt, was incapable of uttering a normal sentence. Duke Nukem style quotes aside, Bulletstorm featured one of the most enjoyable shooter mechanics yet: Skillshots. Combining different firing modes, weapons, and the energy leash lead to tons of different ways of killing baddies. The feature was fully on display in the games Echoes mode. It’s too bad the game didn’t do well commercially and the sequel was officially cancelled. Maybe with enough time we’ll see Bulletstorm make a comeback. If not, I’ll kill your dick. 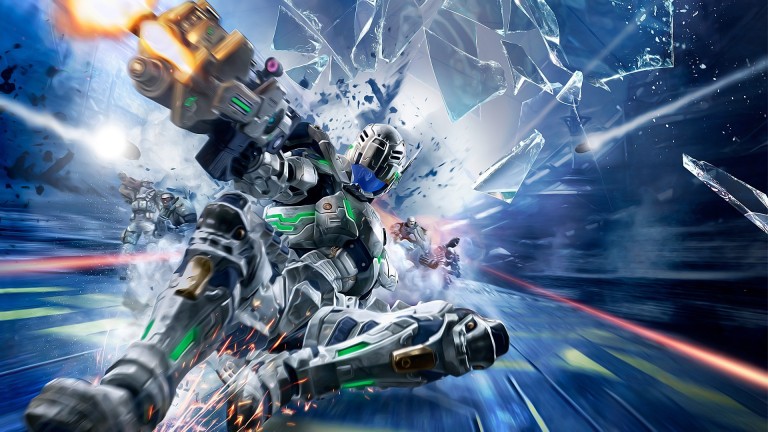 One of my all-time favorite shooters. B-Tier or otherwise. Alongside Bayonetta, Vanquish was the game that put PlatinumGames on the map. As far as shooters go, the gameplay in Vanquish is incredibly fast paced. The AR mode let players manually slow-down time to avoid danger, while auto-triggering if your health got too low. More than a mere, third-person shooter, the games hero was outfitted with a combat suit that allowed players to boost their way in and out of cover. In Platinum fashion, the game featured over-the-top boss fights and creative characters. However, the gameplay really shined in the Challenge mode. Fans of the game will know the struggles of Challenge 6.

Shadows of the damned

Shadows of The Damned was the love child of Suda51 (killer7) and Shinji Mikami (Resident Evil). Combining punk rock and survival horror elements, SoTD was a truly unique experience. The game revolved around killing minions of the darkness in the underworld. The protagonists sidekick, Johnson, acts as an all-in-one weapon. While traversing the world he acts as a torch through dark areas, while changing into various gun types during combat. The types of weapons can all be upgraded further into more powerful versions. The weapons, puzzles, and characters themselves were all insane. Even the process of getting through a locked door required you to stuff a strawberry into a demon babies mouth… Shadows of The Damned was something else.

On the surface, Singularity was nothing more than your average B-Tier shooter. That is, until you get the Time Manipulation Device. The TMD, as the name suggests, can manipulate time. Moving objects backwards or forwards in time, attract and hold objects, and sending pulses of energy to stun or kill enemies were all within its grasp. It made for a very fun gameplay mechanic, reminiscent of a Bioshock plasmid. 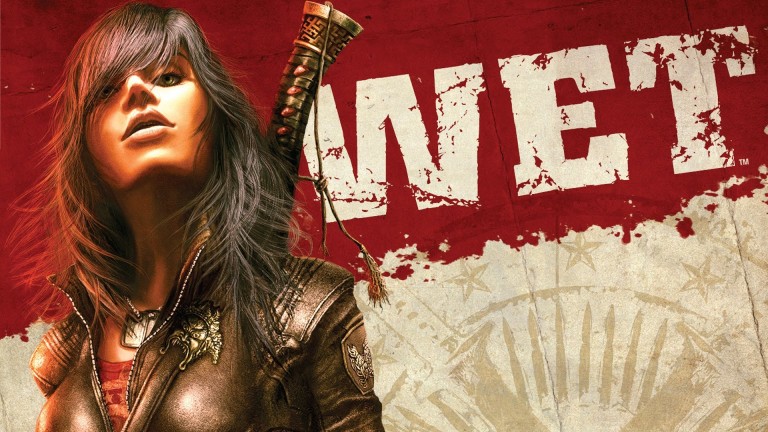 WET follows the Stranglehold model by implementing slow motion acrobatic moves and point-based kills. The movement in WET, however, felt much more fluid. Sliding past enemies, running along walls, jumping off ledges, and even swinging from poles all seamlessly transitioned into the sword and gun combat. The gameplay really ramped up when you entered berserk mode. The games visuals would turn to a bold noir combination of red, black, and white while the main character would deal extra damage. The addition of Golden Bullets, Points Count Mode, Ultra Hard, and Boneyard challenges left little to be desired.

Those are 12 of my favorite B-Tier shooters. But I’m sure there are plenty more! Sound off on your favorites or any that I missed in the comments below.