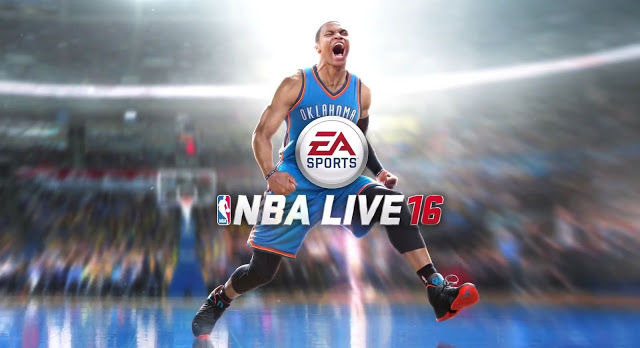 NBA Live 16 is the third consecutive launch since the series made a comeback in 2013. Much like it’s cover star, Russell Westbrook, has a lot of promising attributes and an even bigger chip on its shoulder. With the return of fan favorite games modes and the new addition of the ESPN crew, is this the year EA Sports bring the series back in the spotlight? Or is the enormous shadow of 2K too much to overcome? Read on to find out!

NBA Live 16 continues EA’s goal at regaining former glory by improving year after year. Without playing the previous two releases I cannot directly compare this years iteration, but as a seasoned gamer in the basketball genre, I do understand what makes a good basketball video game.

There are many types of basketball gamers out there: some like to play one-on-one online, some like the career mode, some even enjoy managing their own team to success. Live 16 holds nothing back in its attempt to please fans of all flavors. There are seven fully fleshed out game modes featured this year, each with their own unique twist on the game. 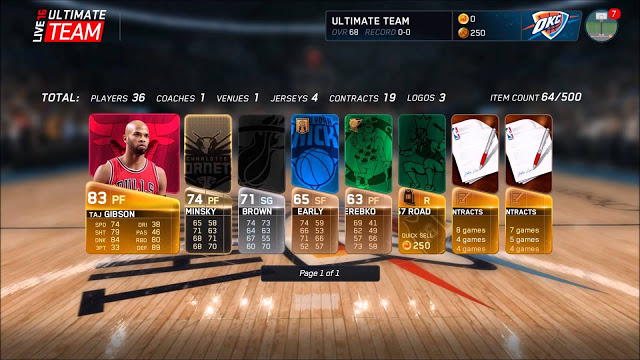 One of EA’s most popular modes in all of their sports titles, Ultimate Team, is front and center with NBA Live 16. Ultimate Team allows you to build up a fantasy roster and compete against current NBA teams and online opponents. The key to any Ultimate Team game mode is to continuously supply the player with ways of earning points. The Fantasy Challenges fill that role with over 20 Master Challenges, a full season versus all 30 NBA teams, a weekly featured challenge, and 9 Rookie Challenges. Each requires a particular roster in order to complete. Some are geared towards beginners while others will require an absolute amazing team to win.

Ultimate Team also features a GM List that awards the player points once specific tasks are completed. Beginner tasks include Winning 10 games, building an all-silver team, and so on. This is yet another example of a great way the mode will keep awarding you points. Players can spend their hard earned points on Pack or take them straight to the Auction House to scour for the best deal. I found Ultimate Team to be the most fun game mode on offer in Live 16. Building up your team from scratch, competing online, and trying to obtain better players is a thrill.

The other star game mode is LIVE Pro-Am. In this, players use their created characters to play either 5v5 online pick-up games or co-op versus A.I. teams. The 5v5 online matches are played to 21 in a street ball setting. But make sure you have a few friends to play with as this mode can quickly become a ball hog fest. The co-op mode can also be played with up to four other friends by searching for random players. There are a total of 35 matches to be played each with increasing difficulty. An example “hard” team consists of Chris Paul, Russell Westbrook, Carmelo Anthony, Blake Griffin, and LaMarcus Aldridge. Completing each challenge rewards you with unique clothing options for your player.

Other game mode including the career mode “Rising Star”, NBA Rewind which lets you play alongside any NBA team on their current real life schedule, Dynasty which puts you in the GM chair of any NBA team, and BIG Moments where you relive memorable moments throughout the season.

One of the most noticeable advancements in this years edition of Live is the presentation. Westbrook being the center of the game is a decent touch, but the ESPN crew really makes the game shine. The team of Mike Breen, Jeff Van Gundy, and Jalen Rose make every game feel like a real life contest. From Breen’s signature “BANG!” to Van Gundy’s notorious mocking, it makes the whole experience that much better. On one occasion, during a fourth quarter blowout, Jeff Van Gundy stated “This is over. Now it’s just a waste of my time!”. The half-time breaks are also dressed in the memorable ESPN fashion with highlights, half-time player of the game, and more. 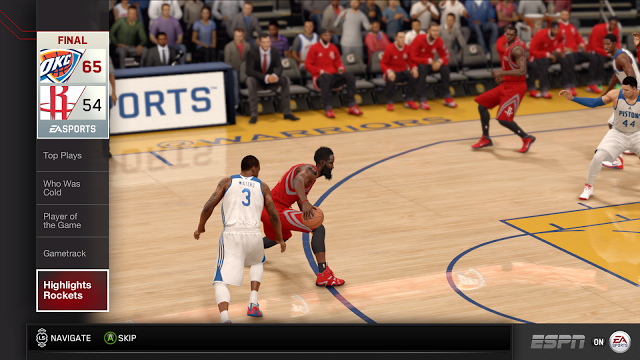 The biggest flaw in NBA Live 16 comes down to the animations. It’s hard to pinpoint, but the animations feel too smooth. When driving to the lane for a layup, players appear to just glide past the opposition. When running off-ball, sometimes I felt like I wasn’t in control of my players movements. Another example is with the on-command specialty layups. When guarded by a human player, the Euro-Step is almost unstoppable. The player will simply slip right past the defender, especially if it’s a high rated player. Even the dribbling didn’t feel that responsive.

As I said, it’s hard to exactly pinpoint the issues, but they are clearly there. NBA Live 16 does a great job in the features department, but the gameplay itself still needs some work. It isn’t horrible, and definitely something you could get used to, but with fierce competition in this day and age that simply wont cut it.

What I Played: 8 hours playing all game modes online and offline.