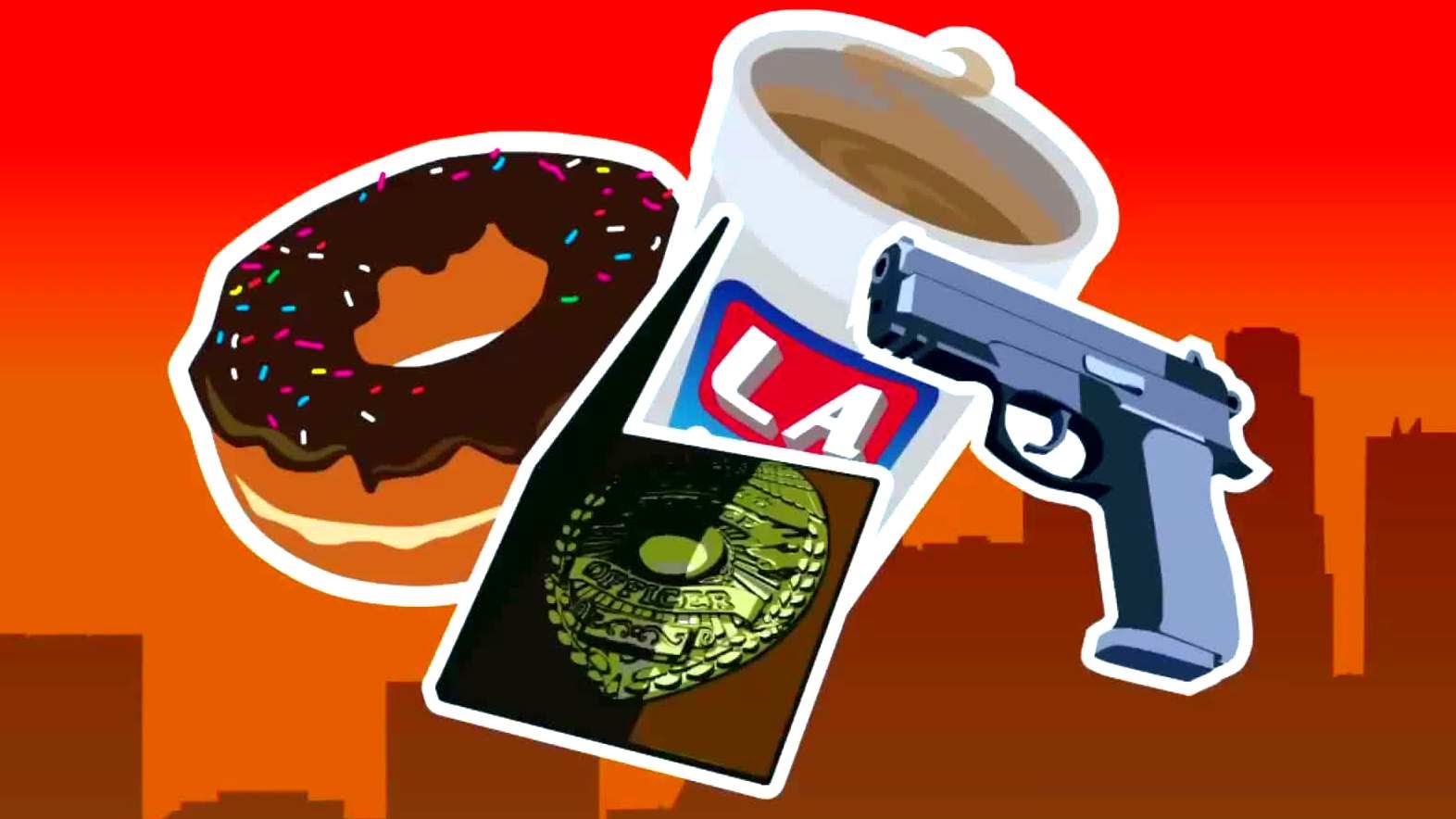 I’m a terrible officer of the law. After completing seven out of the eight story missions in LA Cops, I finally realized that arresting criminals was an option at my disposal. LA Cops is a combination of Miami Vice and Top-Down Shooters such as Hotline Miami. Aviators, mustaches, and funky beats are all present.

Shooters of the Top-Down variety aren’t exactly my favorite. But LA Cops forces a more strategic style of gameplay compared to the typical “spin and shoot” games. Criminals are placed in various rooms throughout each mission and your job, more or less, is to take them down. This forces you to slowly “breach” each room one by one. An element that the game encourages, especially with the addition of a partner that joins you in each mission.

However, the second cop seemed to be no more useful than being an extra life. The only way to control the second cop is by commanding them to move to a specified position. After that, it’s up to their own ability to shoot, or the more likely scenario, to be shot. I ended completing every mission while having the second cop sit at the starting point. It really made me question why a cooperative mode wasn’t included.

In total, the game boasts eight main story mission and five side missions for a total of thirteen missions to complete. There are also three different difficulty modes: Normal, Hardcore, and Nightmare. Those like myself will have a hard time getting used to the game before they can tackle Nightmare difficulty. The removal of the targeting system changes the gameplay completely. Instead of running through rooms spamming “X”, you will have to make slow, calculated movements to avoid sudden death. If you’re looking for a challenge, Nightmare awaits.

There are six different cops to choose from. Each with their own look and personality. Sadly, the differences between them end there. Each cop does have their own default stats, but after upgrading your desired character, they’re all the same. Don’t make the same mistake I did and forget to upgrade your characters as you progress through the missions. The game doesn’t do a very good job at highlighting how this aspect works. In order to upgrade your desired cop, simply press the cog icon above their head during the character selection screen. Upgrades include: Speed, Health, Damage, and Clip Size. You can also choose between a pistol, shotgun, uzi, assault rifle, or grenade launcher as your starting weapon.

The achievements in LA Cops aren’t very creative. Tasking the player to complete all missions on all three difficulties, killing 1000 criminals, and a few miscellaneous achievements such as completing a mission without taking damage. I was able to unlock all thirteen in about ten hours. 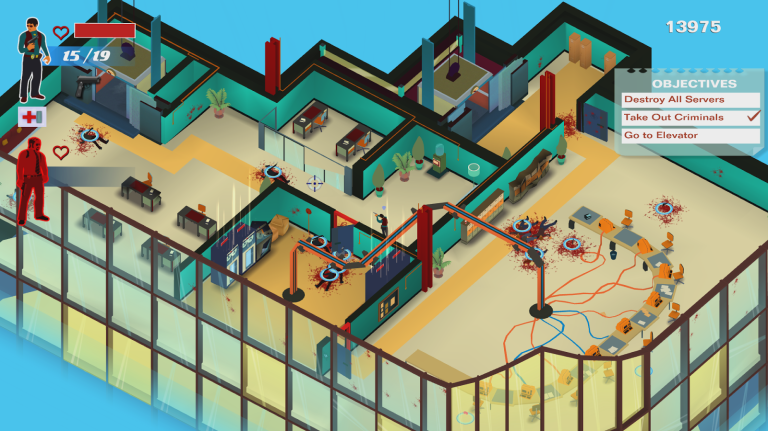 In my time with LA Cops, I was able to complete all thirteen missions on all three difficulties while fully upgrading two cops. The unique style of gameplay demands attention initially, but after conquering the learning curve leaves much to be desired. It wasn’t very long until I found myself shooting blindly down a hallway killing enemies that I couldn’t even see. Or purposefully shooting a wall to lure a criminal through a door so I could one-hit melee (arrest) him. The exclusion of a cooperative mode baffles me as there simply aren’t enough mechanics to warrant a second cop. For the asking price, LA Cops is worth a try. But the game places too much emphasis on style rather than substance for my taste.

What I Played: 11 hours of gameplay completing all 13 missions on all three difficulties while fully upgrading two cops and obtaining all achievements.