The busy Fall season is now upon us as developers and publishers fight tooth and nail for your hard earned money. Advertising is in full swing, exclusivity deals are looking to pay off, but most importantly release dates have been set. 2015 looks to be one of the busiest years ever for console gamers, and there simply aren’t enough Tuesdays to fit them all. Seriously, Call of Duty: Black Ops 3 is coming out on a Friday!

With all the commotion and ‘AAA’ honchos coming out to play, it’s only natural a few games will get buried among the giants. Here is a list of 5 upcoming games that are (likely) being sent to die.

Mad Max had its chance. It could have released this summer alongside Fury Road. It could have starred Tom Hardy. It could of had cross-promotion with the movie. But hey, fuck that right? That’s too easy. Instead, for whatever reason, Mad Max is now coming out the same day as Metal Gear Solid V: The Phantom Pain. You know, that little ol’ game made by Hideo Kojima that has been getting nearly perfect reviews. It doesn’t help that both are open-world action games either. You had your chance Max, R.I.P.

This one could surprise us since last years PES was such a huge step forward. However FIFA still has the majority of team licenses and is a more household name. So purely based on those two facts this game will probably still not reach the sales that it perhaps deserves. But if enough people tried the game last year we might see more of a shake up than we’re used to. However impressions from the demo have left a few people sour on the goalkeeping AI. Especially since they claimed it has been improved. Will we see a uprising in the football genre? My money is on no, and not due to the quality of the game.

3. Rise of The Tomb Raider

Here’s where we start getting into the “likely” category. Square Enix did a fantastic job with he 2013 Tomb Raider reboot. It was a new beginning for Lara for the new generation of consoles. The game was also received well by critics, hovering in the 8.5/10 range. There are two key factors that could spell doom for Lara this year: Square Enix and it’s release date. It was revealed that Square Enix expected to sell 5-6 million copies of Tomb Raider in its first month. The publisher went on to blame the Western console market, I blame the ridiculously high expectations. Tomb Raider has since sold over 8 million copies, making it the best-selling in the 20 year franchise. Let’s not forget the fact that it’s scheduled to release the same day as Fallout 4. Fans have been craving Fallout 4 for years, combine that with Square’s tendency for lofty expectations, Lara might be in trouble this Winter.

Let me be the first to say that I applaud what EA is trying to do with the NBA Live series. The game was dead for a time, and NBA 2K has had a monopoly on the genre ever since. Live is lacking in a few areas, but competition is always good for consumers. What I don’t understand is releasing it on the exact same day. You’re David, they’re Goliath. Get crafty! Get sneaky! Get dirty! Undercut their price, release it a week in advance, offer up some good deals, anything but taking them head on! Come on EA. They should have the experience of being top dogs with the Madden franchise, apply that here. If NBA Live is going to continue to be an annual franchise, EA has to do something to make up the technology gap in the short-term. Westbrook just isn’t going to cut it. 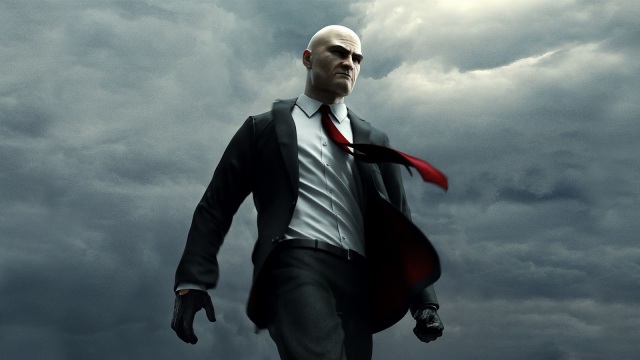 I’m a stealth fan. I’m an agent 47 fan. But I don’t know what the hell is going on with this new HITMAN game. There are multiple angles at play here. The possibility of Square Enix expecting too much from HITMAN isn’t even the biggest issue. The game itself is a mystery. Is it a rush job? Is it like Blood Money or Absolution? Is it Free-to-play?Should it be free-to-play? The biggest issue HITMAN will have to overcome is it’s confusing design and marketing strategy. The developers have promised to clarify what exactly will be in the $60 digital-only release, but nothing has been confirmed as of yet. Let’s not forget, with the recent delay, HITMAN now releases the week after both Just Cause 3 and Rainbow Six Siege. Just Cause 3 alone wouldn’t have been much of an issue, but with two high profile games I’m not so sure. I want HITMAN to succeed, I really do. But damn if the signs are pointing against it.